Brian Kingwill and his son Brett took a day off from working on their sailboat and went fishing.   They spent the day on the water with our Captain Rigo looking for dorado.  Rigo was using his whole bag of tricks to get them to bite, but it ended-up being a slow morning.  Brett saved the day, by putting 2 good dorado in the box, then topping off the day by hooking a striped marlin.   It was Brett's first billfish ever, but you wouldn't know it the way he handled the rod and brought the fish to the boat in 30 minutes.   The fish was hooked in the mouth and made releasing it easy.   Brett's limit of dorado and a "Catch and Release" on his first marlin, made for a great Father & Son Day on the water. 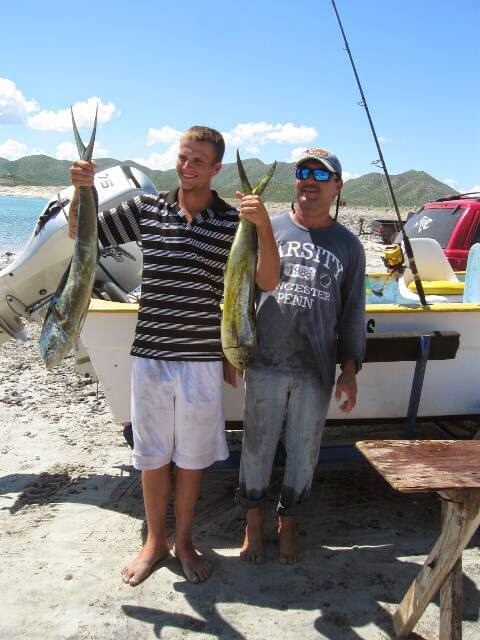 Luis, one of the boys at the shelter in La Paz, went fishing for the first time in the Sea of Cortez and had a great time.   Fishing with Bill Evans from Pa Paz and Captain Rigo, Luis quickly learned how to use a rod and reel and out fished both of them.   He ended the day with his limit and also catching a limit for Bill. 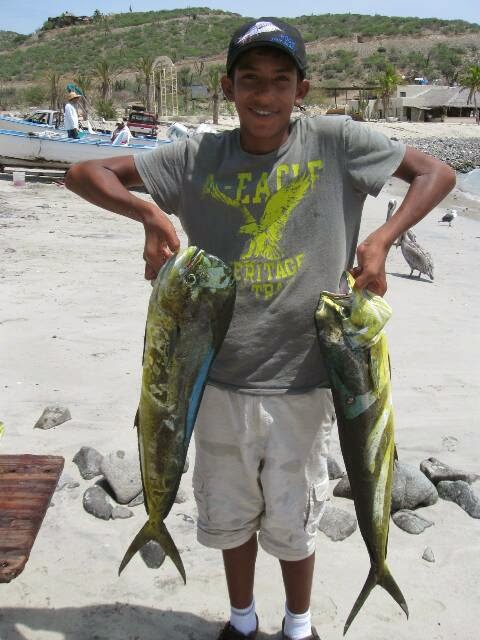