This weeks fishing outside of La Paz around Punta Arena slowed a little bit from the previous week but still produced BIG Dorado around the buoys.  If you spent the time and headed out to hit the buoys on the way out to the 88 bank and a few miles past you would find yourself hooked up.  The fish seemed to be hanging off the buoys a bit and wouldn't hit the bait right away but if you spent a little time slow trolling you were bound to lure some big fish up.  The dorado weren't picky, they were eating pretty much whatever bait you could catch on the buoys.  Zebra, cocinero, macks, cut strips of bonita and feathers all seemed to do the trick.  The hot ticket seemed to be the buoys just off the bank.  A lot of marlin are still cruising around and large schools of dolphin produced some yellowfin tuna which hopefully means the tuna will be showing up in large numbers.  Below are pictures of Crissy and Pete Teichmann from Huntington Beach with their catch this week. 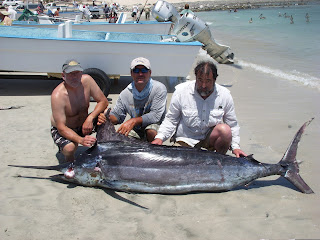 Mike  Coxen from Seatle W.Rigo and Chino from San Francisco 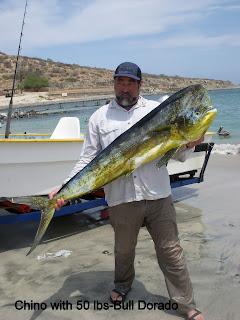 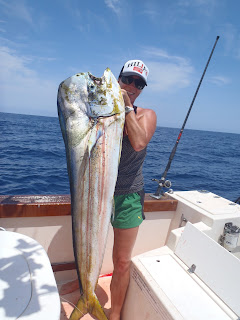 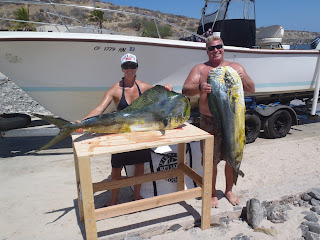 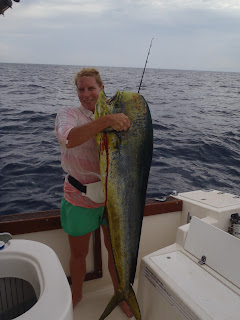 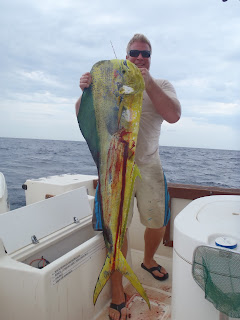 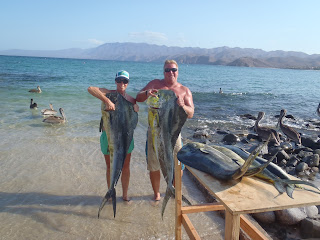 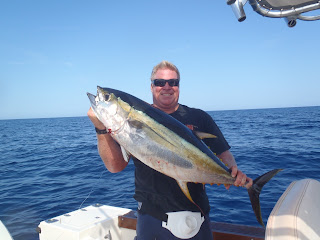