Gerardo Hernandez of Tortuga Sportfishing at La Paz reported good weather conditions in the 90s without wind for his charter pangas fishing around Ensenada de los Muertos and the Las Arenas side shark buoys. Lucky anglers caught some wahoo plus scattered dorado and smaller yellowfin tuna. Sailfish and marlin were seen jumping but were not targeted. "Our anglers tried our entire fishing area, but with little to show for it, except for the wahoo caught south of Isla Cerralvo," Hernandez said. 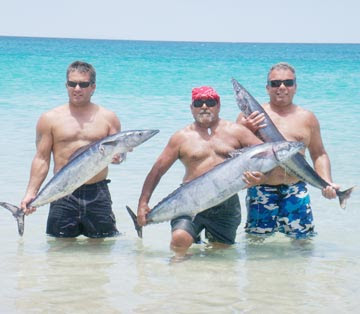 Gerardo Hernandez of Tortuga Sportfishing at La Paz reported improved action during the week following a slow period for boats running out to Isla Cerralvo. La Paz fishing area weather was hot with light scattered rains in some areas.
"Our fishing is better for dorado, small and medium-sized tuna, and quality wahoo," Hernandez said. "We're also catching striped marlin of 80 to 100 pounds, which we are releasing. Our fly fishing clients are hooking up roosterfish. We're catching fish at Isla Cerralvo, Punta Perico, and Las Arenas." 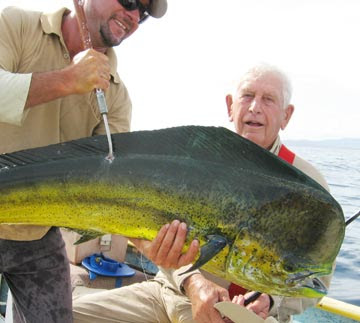 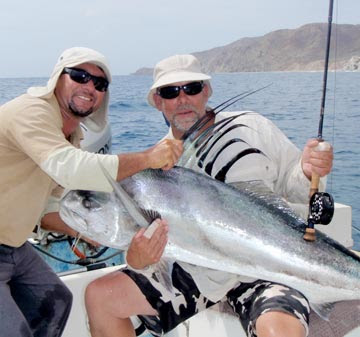 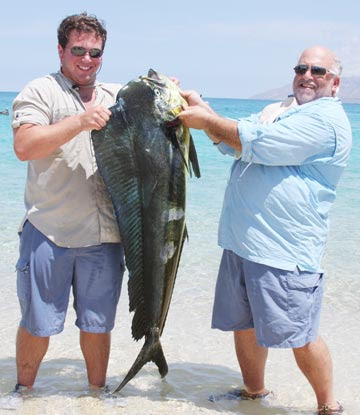 Gerardo Hernandez of Tortuga Sportfishing at La Paz reported cloudy skies and some wind, but no rain for charter pangas fishing on the Las Arenas side south of the city. "Some pangas had difficulty reaching the fishing areas, and we also had problems in throwing the cast nets for bait," Hernandez said.

Tortuga Sportfishing pangas did continue to catch dorado of 25 to 30 pounds at the north end of Isla Cerralvo and at Las Cruces. "The wind is less today in our fishing areas," Hernandez said, "and we're hoping to get some bigger dorado now."

Some marlin were seen by Tortuga Sportfishing pangas, but anglers did not target them. 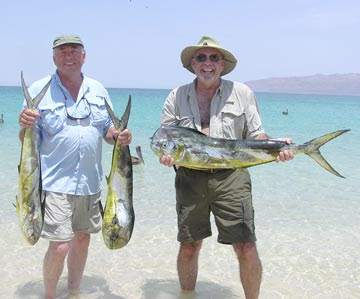