This weeks fishing was a little slow but still produced catches of wahoo and dorado at the South end of Cerralvo Island as well as some dorado near Boca de Alamo.  Some boats were coming back with large sierra and their were definitely a lot of marlin in the area.  Bait is still scarce and fisherman are using dead balihoo and mackeral.  The water is consistantly around 78 degrees and winds are on and off, which is to be expected for this time of year.   We expect as the water gets warmer, hopefully the bait will move in bringing other species of fish with it. 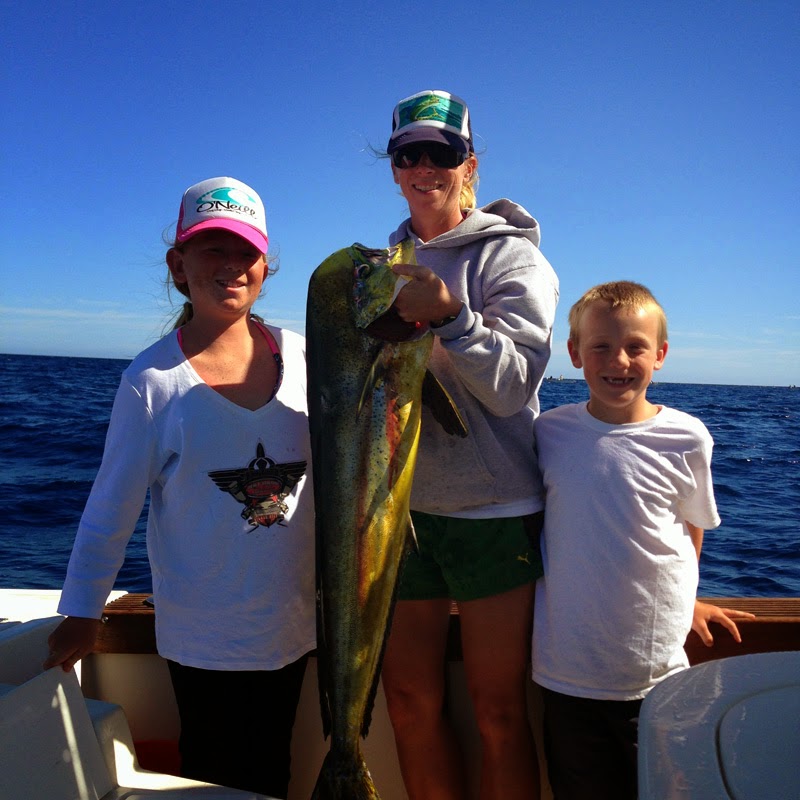 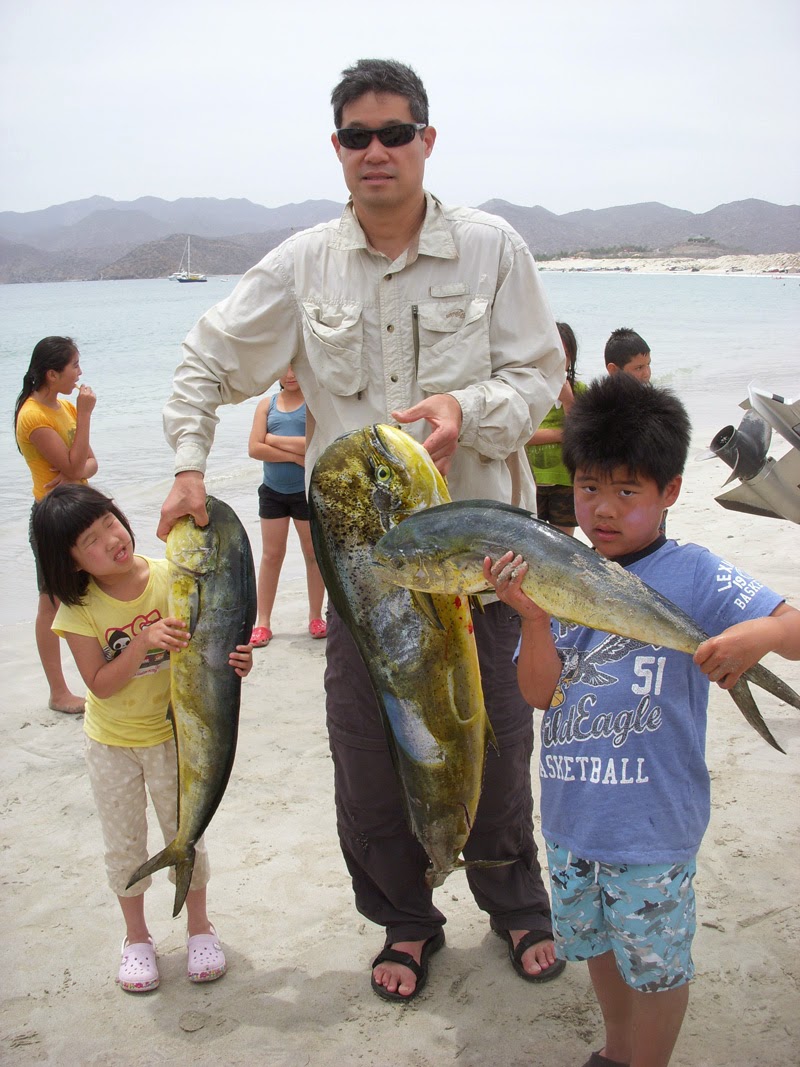 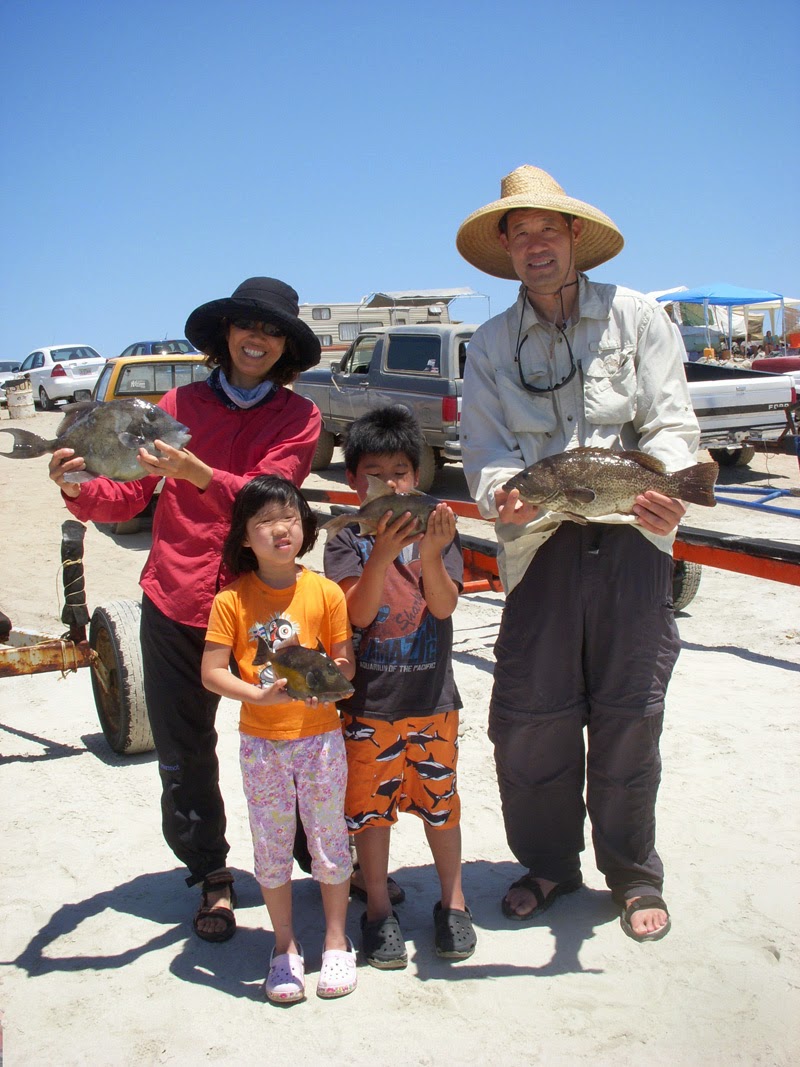 Gary Evans from Santa Ana, California, came down to spend his "Spring Vacation" with his brother Bill, who lives here in La Paz.  He spent a couple of days on the water fishing with our captain Rigo out of Los Muertos this week and had a great time.
On his first day, he returned to the beach with a nice limit of 2 good size dorado and caught his first ever wahoo. 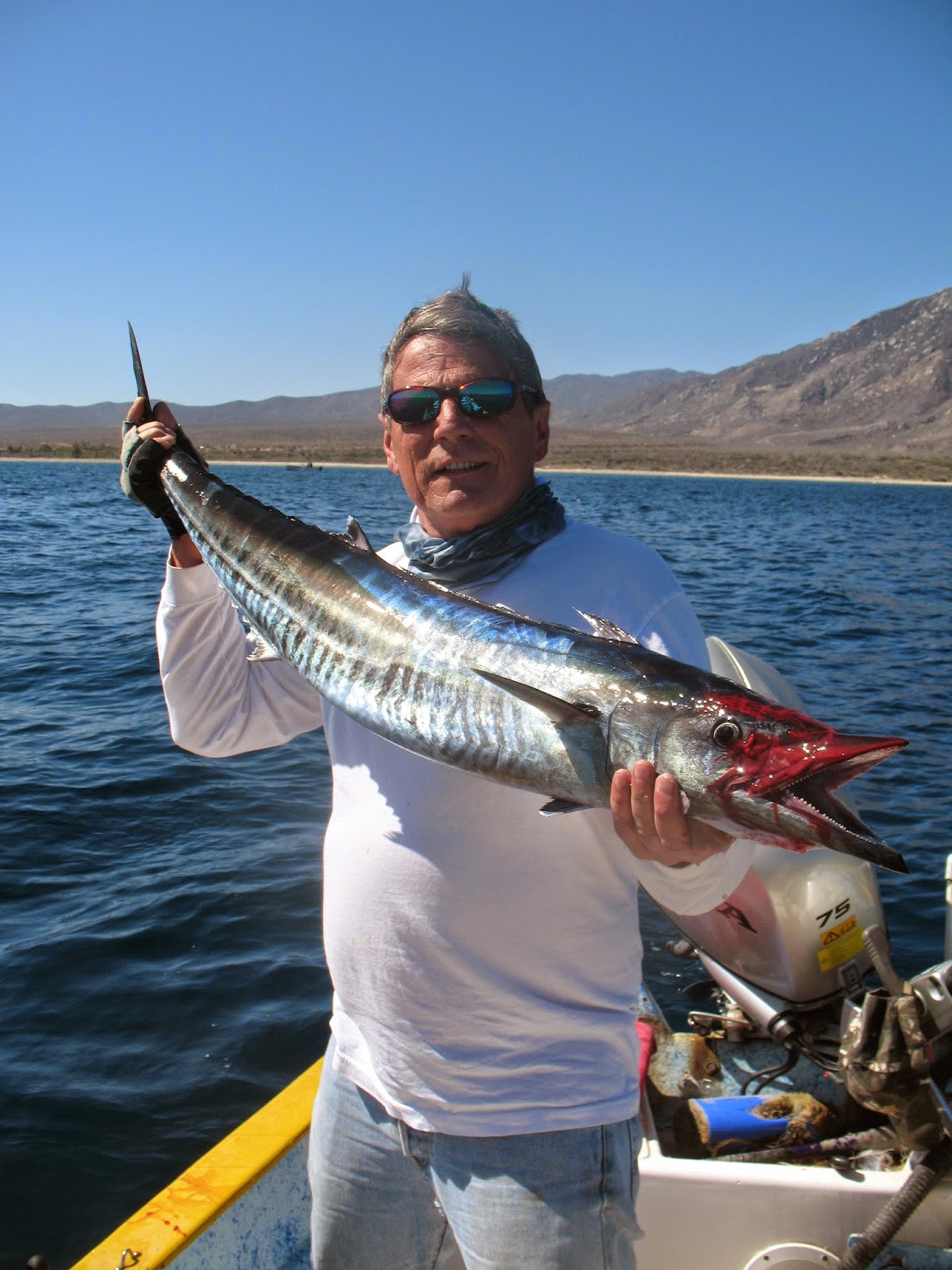 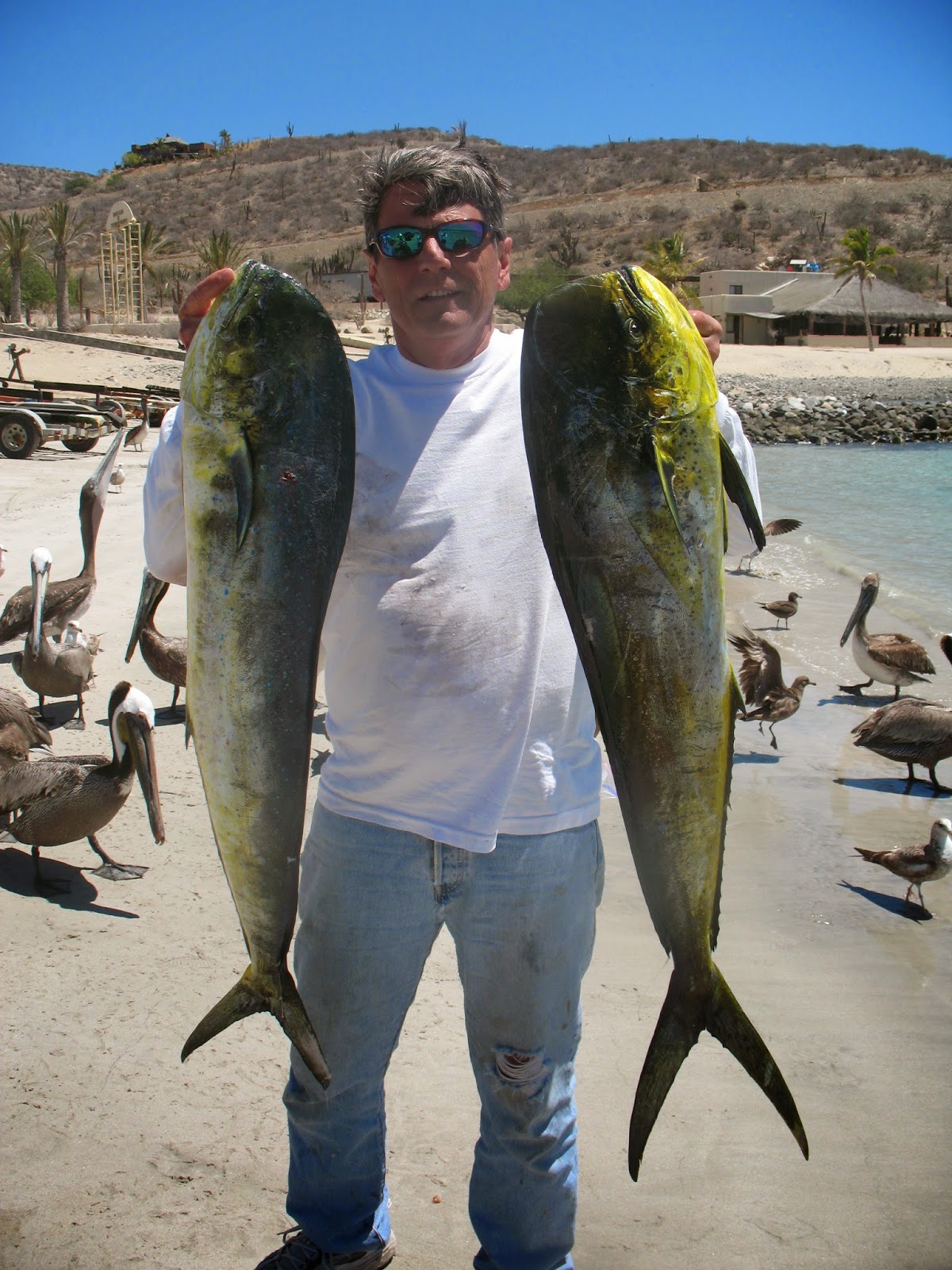 On the second day, Gary and Bill returned to Los Muertos and again went out with Captain Rigo.  They were again rewarded with 4 nice dorado and a sierra for their efforts.   Another great day on the water.   Gary plans to spend another couple of days fishing with Captain Rigo during this coming week. 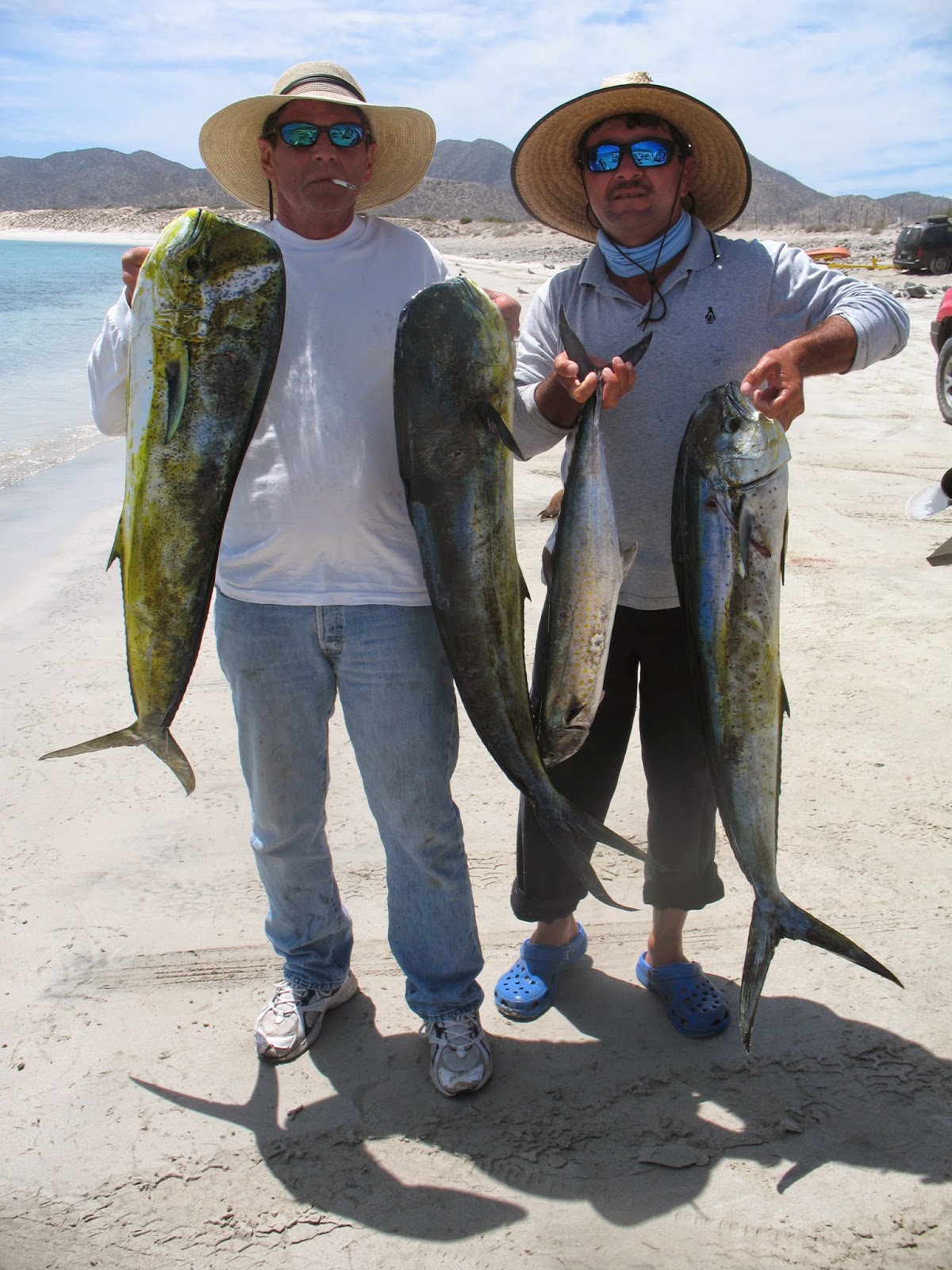 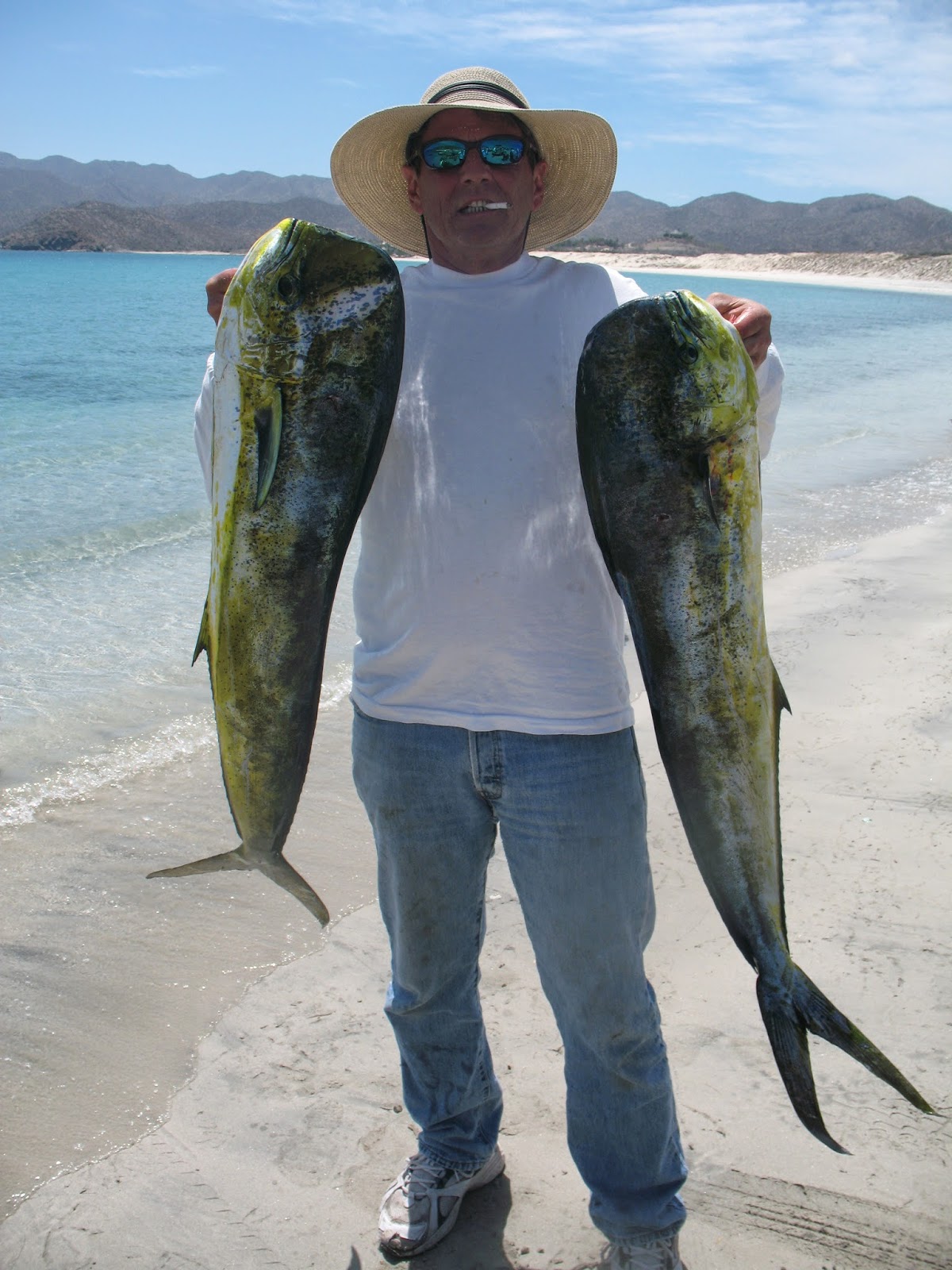 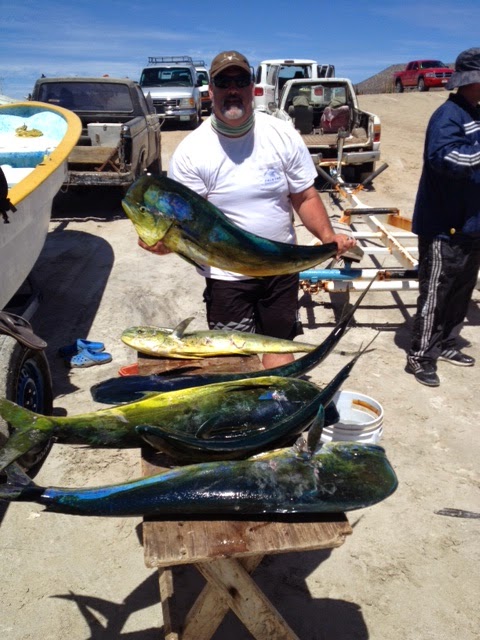 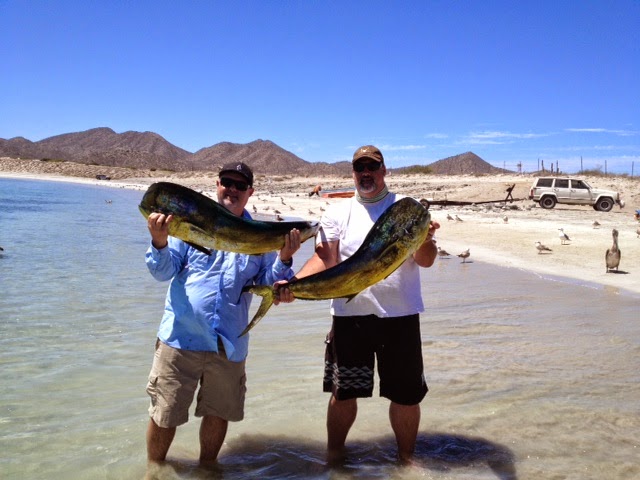 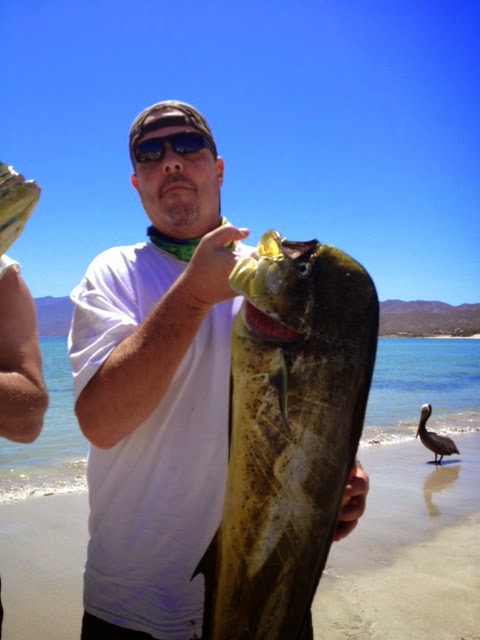 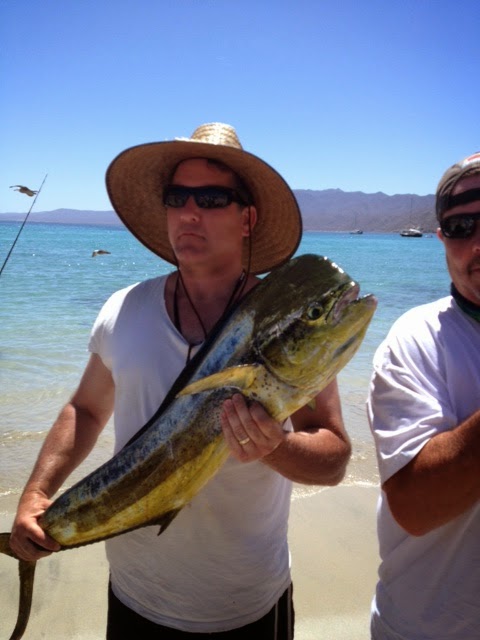 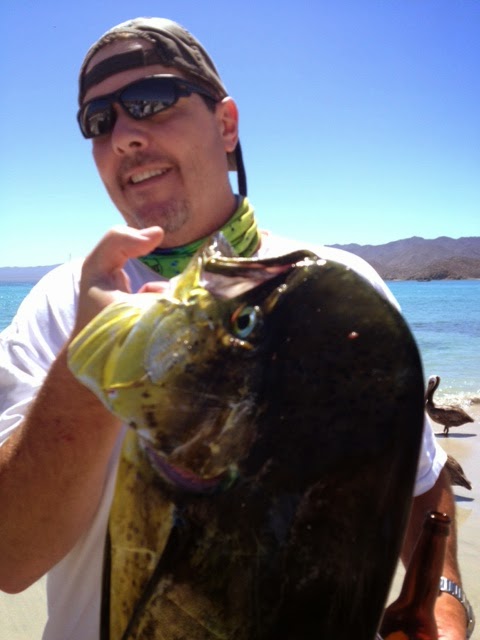 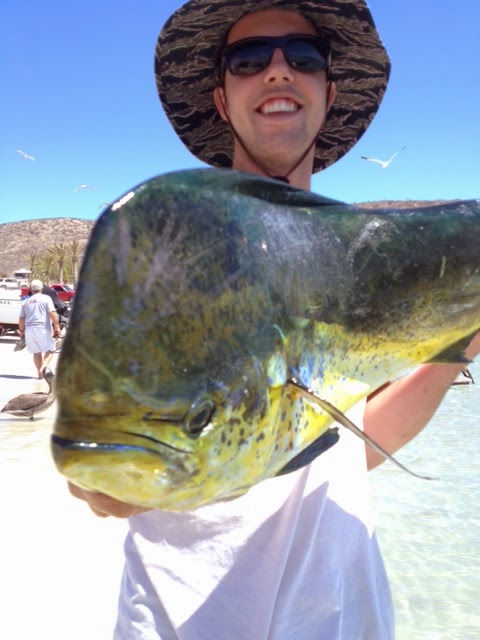 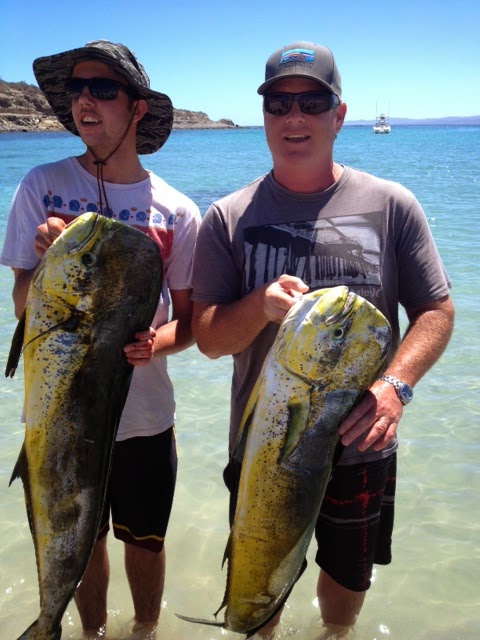 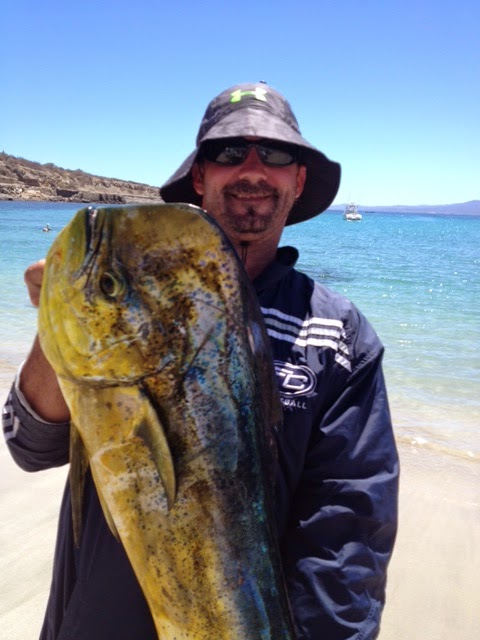