This week, Bill Evans from La Paz went fishing with our Captain Rigo and his apprentice, Eliseo    .   They headed out to the shark buoys on the east side of Cerralvo looking for bait.   It didn't take long after putting small bonita on the hooks to have the first dorado in the panga.   The fishing during the rest of the morning was just as rewarding, as they soon had there limit of dorado and decided to troll for marlin.
Only 30 minutes after putting on lures, the first marlin to a swipe at one of the lures, but didn't like what he saw.   They only had to wait another 10 minutes, when another marlin decided he would like to have a snack.   The fight was on.
The day ended with a young man getting his first marlin and limits of dorado.   You couldn't have asked for anything better 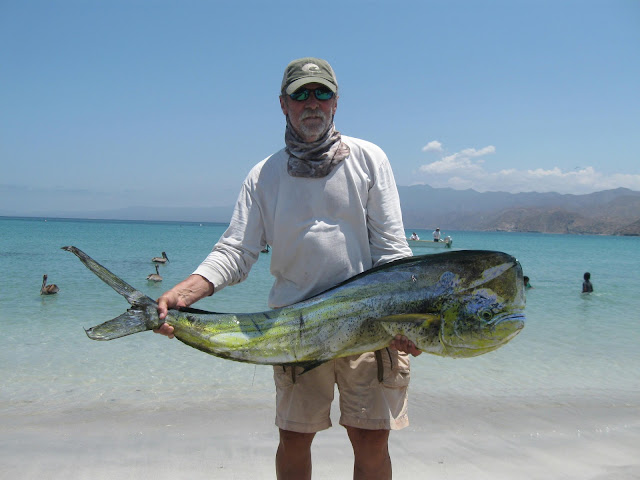 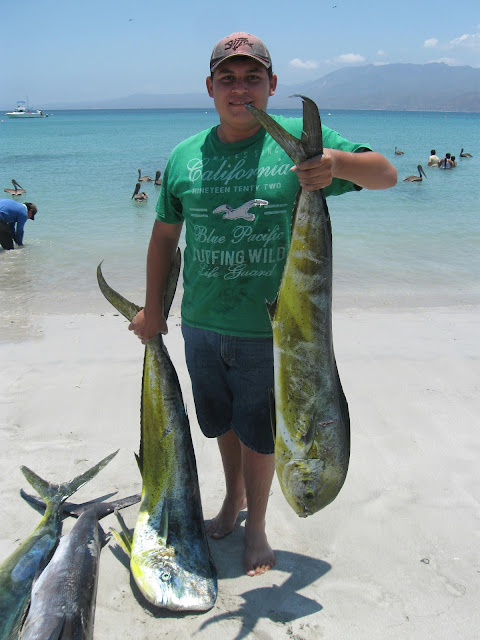 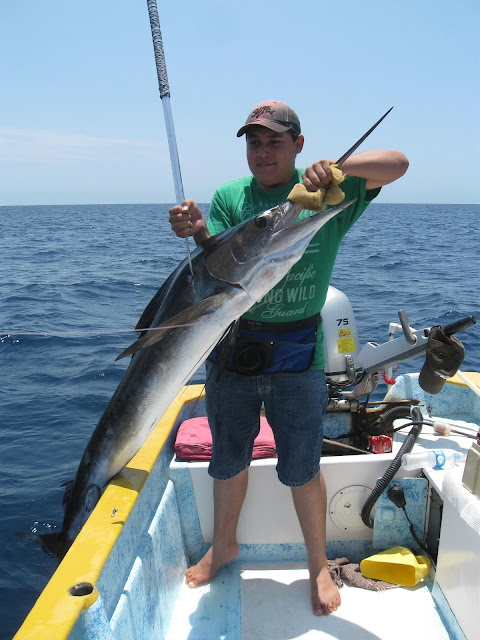 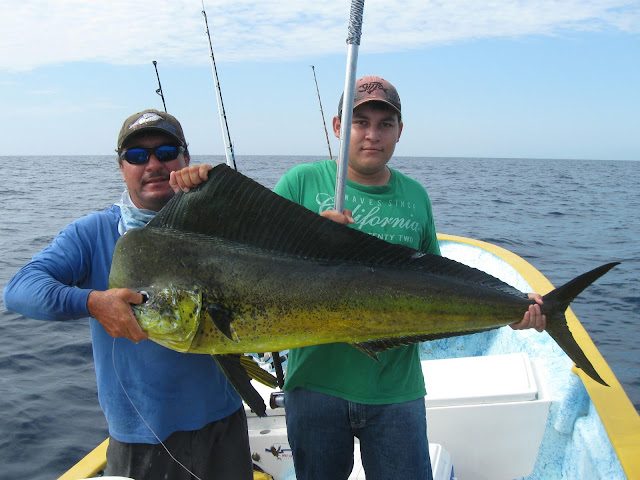