What a week to be fishing in La Paz. If you were lucky enough to be on the water with a fishing pole in hand then you most likely got a chance to pull on a big tuna. The 88 spot out of Punta Arena was the place to be. Large tuna ranging from 40 to well over 200 pounds could be seen boiling and even jumping out of the water like dolphin. They were feeding on small squid deep below but could be tempted to the surface with either sardines, zebras, caballitos or small dorado. Not only were their tuna but also dorado ranging from 20-45lbs hanging out at the buoys. Pangeros were either drift fishing or slow trolling bait. With the 88 spot being so great it was hard to go anywhere else but, the North end of Cerralvo Island and Punta Perico also proved successful competition. Many fisherman came back with catches of Snapper, Cabrilla and Dorado. Water temps are low to mid 80's and air temp is mid 90's and heating up. Pictures below include Treme, Chris and Cpt. Rigo with a 218lb tuna, Keith Gilmetti with a 42lb dorado, Neal Konami with a pargo, Pete Teichmann with a 45lb dorado and Phil and Terri Schenck with a 80lb tuna. 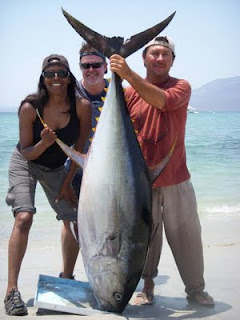 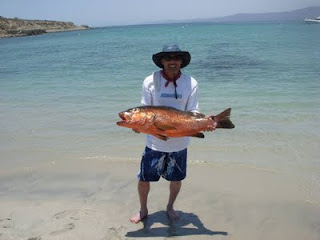 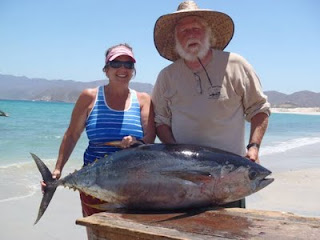 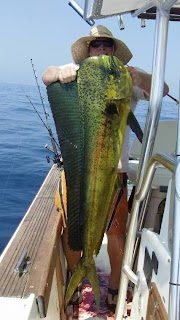 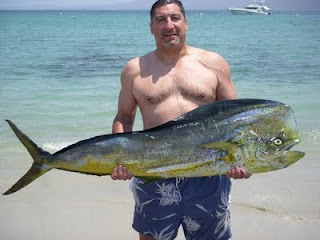 The weather is good and fish are still hanging around Punta Perico and Cerralvo Island.

La Paz fish report for week of May 29-June 4. The weather is good and fish are still hanging around Punta Perico and Cerralvo Island.
Large schools of pargo were spotted and some were caught using sardinas. Fishermen Dr. MacKenzie from Oregon and Mr. Allen from Lake Forest show their catches of dorado caught at Punta Perico and pompano, pargo mulato and good size rooster caught at Cerralvo Island. Also, Mr. Bill Evans fished with captain Rigo and shows off his catch of Pargo 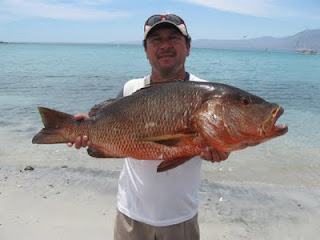 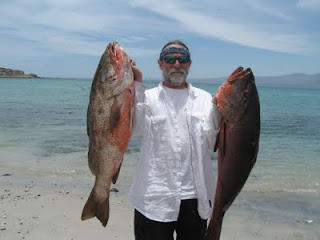 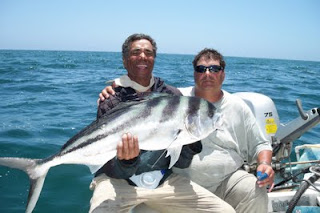 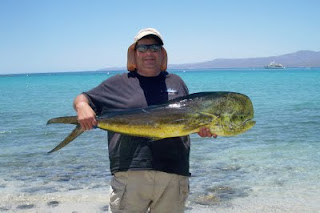 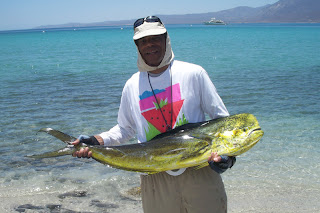