Gerardo Hernandez of Tortuga Sportfishing said pangas on the Las Arenas side south of La Paz had good weather in the 70s last week with improved action for big yellowtail and no north winds, although few anglers were in the area.
Panga captains were going out alone and finding 3 to 6 yellowtail of 25 to 35 pounds on every trip while fishing at Punta Perico and other spots on the south side. "We have enough bait for this fishing," Hernandez said. "We're mostly just fishing for these yellowtail." Top catches for the week also included a 65-pound dog snapper brought in by Tortuga Sportfishing's Capt. Rigo Lucero. 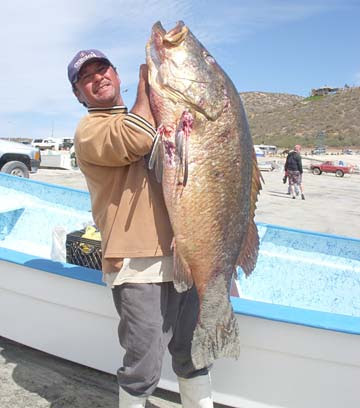