January 2010 brings us to our first fish report of 2010!
We do not have many anglers down here this time of year but the
weather is good and in the low 70's. We have had some windy days
but the fishing remains very good and with very little fishing pressure.
We have been catching a lot of Red Snapper, Cabrilla, and Wahoo.
The Snapper have been providing some good action just around Punta
Perico and Wahoo have been showing up south of Cerralvo Island.
Captain Enrique Sanchez caught 5 Wahoo from 40 to 60 pounds, while
Frank Quinones and Jerry Morrison caught Red Snapper, Cabrilla, Sierra
and Wahoo. 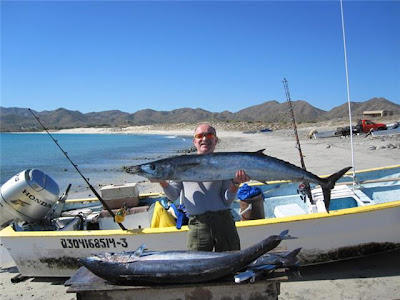 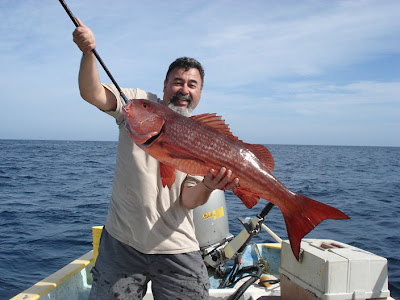 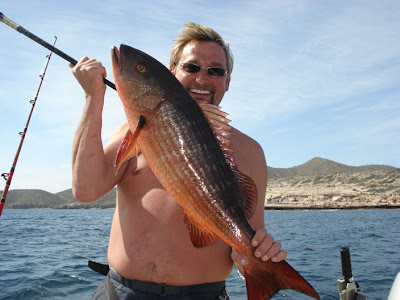