This week our anglers caught a lot of Dorado in the 20-40 lb range. The best action was in the Las Cruces area in between the beach front development to the south just before El Sargento. Slow trolled, Live Cocinero and cut Squid were the best approach for the larger Dorado but, a 40 lb leader was needed due to the constant Needlefish attacks. Small sardines were used to keep the fish near the boat - these were available from the bait fisherman in front of the Island.

Later in the week, the wind picked up and it was to dangerous for most Pangas to reach the Island, La Ventana, El Sargento and the Las Cruces area due to the large swells - if they launched from Muertos Bay. However, the large swells made for some very good Marlin and Sailfish fishing in between the lighthouse south towards Muertos Bay. Several nice Sailfish and Marlin were caught and spotted in this area throughout the end of the week. Slow trolledCocinero was the trick since trolling feathers or skirted lures was impossible due to the large swells. The wind is expected to die down by the end of the week so we are expecting next week to be a good one with mild weather, no wind and a lot of good size fish for our customers
See pictures below all our friends who visit us and had good fishing trips. 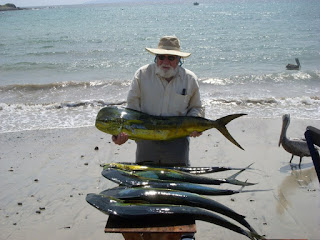 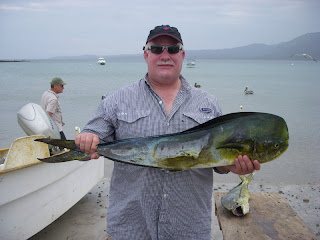 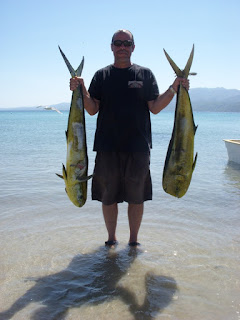 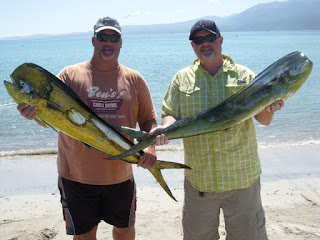 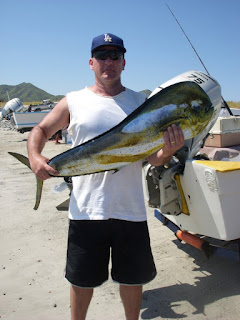 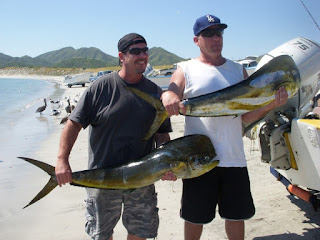 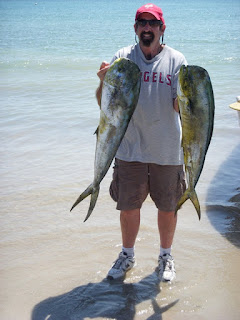 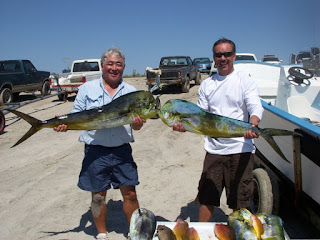 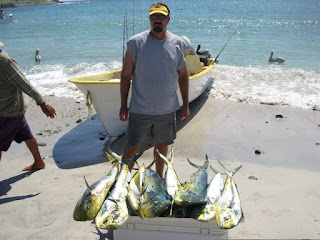 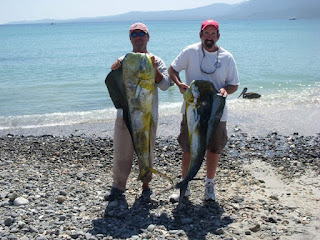