Paul Doty, Bob Bergman, Jerry Clements, Ed Manko, Rick Fleming, and Jerry Goldfein fished with Tortuga 9/29-10/2. Sardine bait was limited to small dead at $20 for a 5 gallon bucket full, but live mackerel, baby bonito, and cocinero were all caught and used for tuna and Dorado. Tuna were found between the light house and the southern end of Cerravalo, Dorado were found at the buoys off the light house beach, and the buoys off Muertos. The bite, while not stellar, was none the less happening. Tuna were in the 25-35 pound class and dorado ranged from small non-keepers up to 20 pounds. It was hit and miss most times as there was never a wide open bite for either species. Several marlin and a couple of sailfish were also taken while trolling for Dorado. As usual, Gerardo’s hospitality was first class and Maya’s cooking was excellent. The portions were huge and delicious. Another great fishing trip enjoyed by all…

Bob and Jerry on the beach at Los Arenas 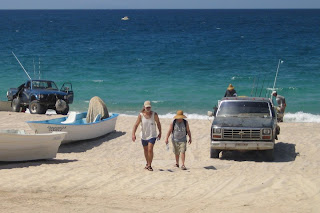 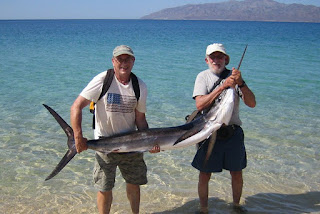 They caught a Sailfish too… 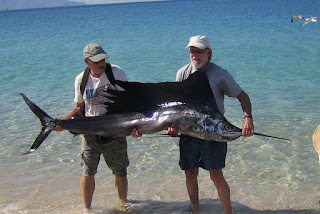 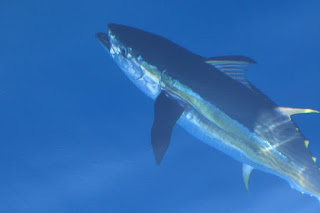 Bob with Tuna and the Pelicans 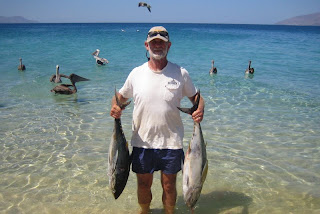 Rick and Jerry with their Marlin 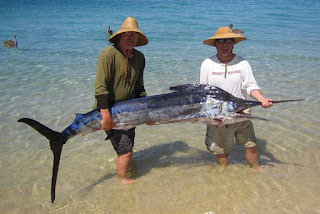 A pelican, Yellowfin and Paul 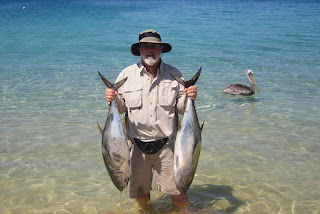 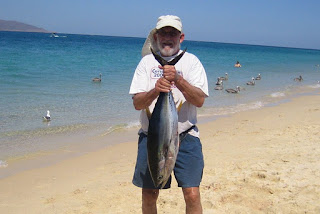 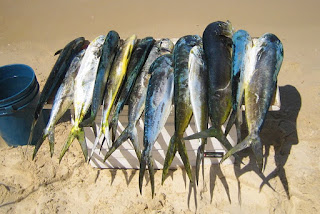 Ed and J2 with Saturdays Dorado 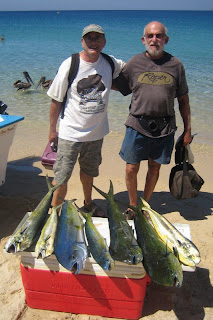 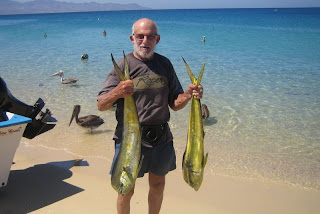 Our hosts, Gerardo and Maya 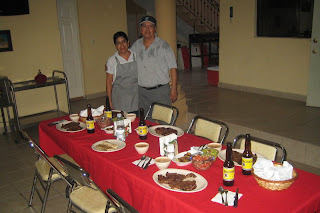 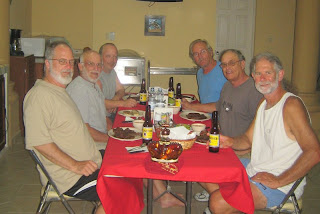