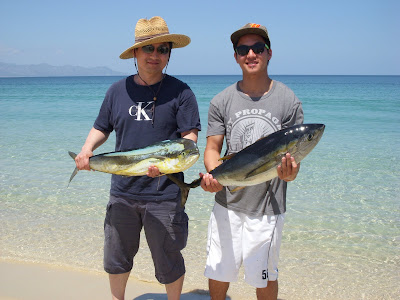 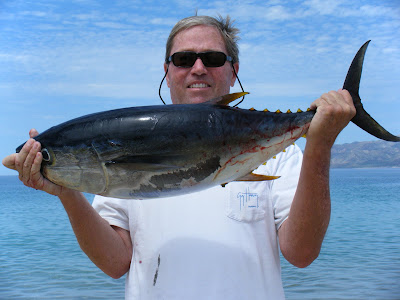 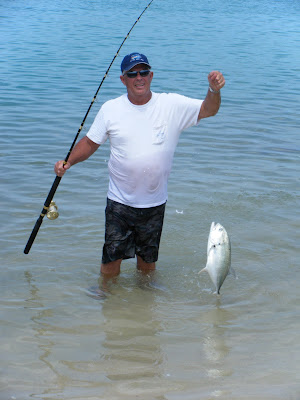 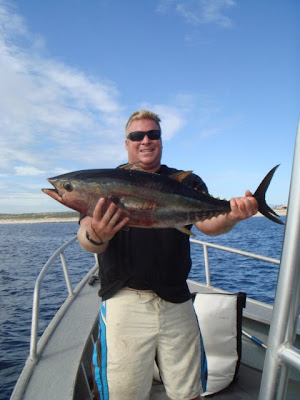 Gerardo Hernandez of Tortuga Sportfishing at La Paz reported hot weather and calm seas for his pangas fishing on the Las Arenas side in improving conditions for dorado and small yellowfin tuna. At Ensenada de los Muertos, Boca del Alamo, and San Isidro, dorado of 15 to 25 pounds were caught.Yellowfin tuna of 15 to 30 pounds were caught at the south point of Isla Cerralvo, and larger tuna were seen chasing flying fish but would not bite on sardina baits.

LA PAZ PANGA--John Fraumeni and Gregory Garcia, both of Santa Ana, Calif., went out on a Tortuga Sportfishing panga on La Paz' Las Arenas side for a nice mixed catch of dorado and football yellowfin tuna.